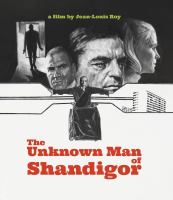 Herbert Von Krantz, a nuclear scientist, has discovered the "Canceler", a device capable of neutralizing any kind of atomic bomb. Concerned to keep his invention secret, he cuts himself off from the rest of the world in the company of his daughter Sylvaine and his assistant Yvan. But the scientist is sought by the secret services of more than one country, including the USA and the USSR.