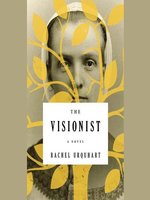 The Visionist A Novel

An enthralling first novel about a teenage girl who finds refuge — but perhaps not — in an 1840s Shaker community. After 15-year-old Polly Kimball sets fire to the family farm, killing her abusive father, she and her young brother find shelter in a Massachusetts Shaker community called the City of Hope. It is the Era of Manifestations, when young girls in Shaker enclaves all across the Northeast are experiencing extraordinary mystical visions, earning them the honorific of "Visionist&qu...ot; and bringing renown to their settlements. The City of Hope has not yet been blessed with a Visionist, but that changes when Polly arrives and is unexpectedly exalted. As she struggles to keep her dark secrets concealed in the face of increasing scrutiny, Polly finds herself in a life-changing friendship with a young Shaker sister named Charity, a girl who will stake everything — even her faith — on Polly's honesty and purity.