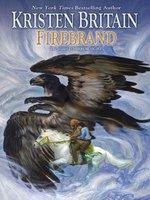 Magic, danger, and adventure abound for messenger Karigan G'ladheon in the sixth book in Kristen Britain's New York Times-bestselling Green Rider epic fantasy series.Zachary Davriel Hillander, High King of Sacoridia, rues how much he has had to give up to lead his realm, including the freedom to live and love as he chooses. When an embassy from Eletia arrives to propose a joint venture between their realms to seek out an old ally in the north, he is dismayed to learn that the one Sacor...idian they have in mind to accompany their guide is the woman he truly loves but cannot have: Green Rider Karigan G’ladheon.Karigan has only just returned from a dark future where Sacoridia has been conquered and is ruled by a despotic emperor, and she has not recovered in heart or mind. As if that is not enough, the castle ghosts won’t leave her alone. Though Zachary is loath to part from her so soon after her return, he knows she is the best...