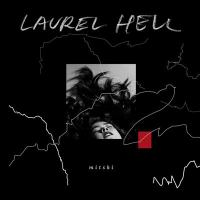 With this release, Mitski cements her reputation as an artist in possession of such power, capable of using her talent to perform the alchemy that turns the most savage and alienated experiences into the very elixir that cures them. Her last album, Be the Cowboy, built on the breakout acclaim of 2016's Puberty 2 and launched her from cult favorite to indie star. Like the mountain laurels for this new album is named, public perception, like the intoxicating prism of the internet, can offer a...n alluring fȧade that obscures a deadly trap. Exhausted by this warped mirror, and our addiction to false binaries, she began writing songs that stripped away the masks and revealed the complex and often-contradictory realities behind them. Mitski has written a soundtrack for transformation, a map to the place where vulnerability and resilience, sorrow and delight, error and transcendence can all sit within humanity, can all be seen as worthy of acknowledgment, and ultimately, love.