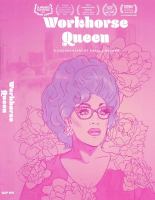 By day, Ed Popil worked as a telemarketer in Rochester, New York. By night, he transformed into drag queen Mrs. Kasha Davis, a 1960s-era housewife and an homage to Ed's mother. After seven years of auditioning to compete on RuPaul's Drag Race, Ed Popil was finally cast and his entertainment industry journey began at age 44. The documentary explores the complexities of reality television's impact on queer performance culture by looking at its impact on local drag communities.