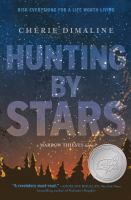 French has been captured by the Recruiters, confined to one of the infamous residential schools, where the government extracts the marrow of Indigenous people in order to steal the ability to dream, and where the captured are programmed to betray others of their kind, something which he discovers has been done to his brother; meanwhile the other survivors, his found family, are hunting for him, determined to rescue him--and French has to decide just how much, and whom, he is willing to sacrifice... to survive and be reunited with Rose and the others.