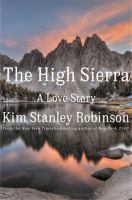 The high Sierra A love story

Leading paleontologist Brusatte follows up the New York Timesbest-selling TheRise and Fall of the Dinosaurs withThe Rise and Fall of the Mammals , summing up a next act that includes humans, whose world dominance has caused an extinction event costing an estimated 80 percent of wild mammals in the last century alone (75,000-copy first printing). In A Portrait of the Scientist as a Young Woman, Elkins-Tanton—principal investigator of NASA's $800 million Psyche mission—tells her story and that of the nearly all-metal protoplanet 16 Psyche, located in an asteroid belt 589 million kilometers from Earth and optimum not just for mining but more crucially for imparting the story of how planets like ours were formed (50,000-copy first printing). In What Your Food Ate, MacArthur-honored geologist Montgomery joins with biologist Biklé to argue that good health starts with good soil and good farming practices. A National Book Award finalist for The Soul of an Octopus and New York Times best-selling author of The Good Good Pig, Montgomery returns with The Hawk's Way to describe her work with Jazz, a bright-eyed female Harris's hawk with a four-foot-plus wingspan and decidedly a predator rather than a pet (60,000-copy printing). Award-winning theoretical physicist and cosmologist Padilla explains Fantastic Numbers and Where To Find Them, plumbing nine numbers explaining how the universe works, from the impossibly large Graham's number to 10^{-120}, which measures the unlikely balance of energy needed to allow the universe to exist for more than a blink of the eye (100,000-copy first printing). By detailing the discovery of Tyrannosaurus Rex in the Montana wilderness, the New York Times best-selling Randall explains the triumphant emergence of New York's American Museum of Natural History while also showing how The Monster's Bones inspired an ongoing fascination with dinosaurs and their role in shaping Earth. Multi-award-winning sf author Robinson recounts everything he's learned in the more than 100 trips he has taken to The High Sierra since his first, life-changing sojourn in 1973 (50,000-copy first printing). From a theoretical physicist whose international best sellers have gracefully explained to lay readers how the universe works, Rovelli's There Are Places in the World Where Rules Are Less Important Than Kindness offers essays embracing not just science but literature, philosophy, and politics. Copyright 2021 Library Journal.

After a lifetime exploring the Sierras, Robinson (Ministry for the Future) shares his love of the mountains in this memoir/travel guide. Organized into eight categories ("My Sierra Life"; "Geology"; "Sierra People"; "Snow Camping"; "Names"; "Moments of Being"; "Routes"; "Swiss Alps"), Robinson's knowledge and adoration of the Sierra's reverberate. His stories highlight some misadventures, like how he and his friends dropped acid on his first backpacking trip. Once, on a winter camping trip, Robinson's camp stove blew up in front of him. Robinson writes that these adventures were atypical; most days were like "walking through a giant open-air museum," in a "gentle wilderness." VERDICT Robinson's writing is clear, fun, and filled with joy for time spent in the mountains. This lengthy memoir will appeal to fans of Robinson and the Sierras.—Margaret Atwater-Singer Copyright 2022 Library Journal.

Novelist Robinson (the Mars trilogy) vividly conveys his passion for the Sierra mountains in this enthralling blend of memoir, history, and science. Robinson first hiked in the Sierras on LSD in 1973 as a college student, an experience that sparked decades of return visits with friends and family members. His personal stories of treks there are interspersed with chapters on "Sierra People," including Clarence King, a 19th-century geologist, and Mary Austin, "one of the first nationally known women writers to come out of the American West." Robinson's discussions of what he terms psychogeology—the impact geology has on the mind— are particularly memorable, as when he shares the feeling of being in a "golden zone" while walking in one of the Sierra's basins. Fans of Robinson's fiction will be delighted to find insights into his craft: he outlines, for example, the terrain's impact on his efforts to imagine the lives of humans' Paleolithic ancestors in the novel Shaman. There's humor on offer (Robinson suggests that a book providing routes to the Sierra Crest should just be full of blank pages: "just walk the crest—can't get higher than that!"), and his heartfelt rendering of intense emotional interactions with the natural world pulsates with life. Fans of Bill Bryson's A Walk in the Woods will be captivated. (May) Copyright 2022 Publishers Weekly.

In this stunning tribute to the Sierra Nevada mountains, a New York Times best-selling writer explores what makes this span of mountains one of the most compelling places on Earth and shares his own personal experiences to inspire other travel readers to prepare for a life-changing adventure. Illustrations.

In this tribute to the Sierra Nevada mountains, the author explores what makes this span of mountains one of the most compelling places on Earth and shares his own personal experiences to inspire other travel readers to prepare for a life-changing adventure.

A “sublime” and “radically original” exploration of the Sierra Nevadas, the best mountains on Earth for hiking and camping, from New York Times bestselling novelist Kim Stanley Robinson (Bill McKibben, Gary Snyder). Kim Stanley Robinson first ventured into the Sierra Nevada mountains during the summer of 1973. He returned from that encounter a changed man, awed by a landscape that made him feel as if he were simultaneously strolling through an art museum and scrambling on a jungle gym like an energized child. He has returned to the mountains throughout his life—more than a hundred trips—and has gathered a vast store of knowledge about them. The High Sierra is his lavish celebration of this exceptional place and an exploration of what makes this span of mountains one of the most compelling places on Earth.Over the course of a vivid and dramatic narrative, Robinson describes the geological forces that shaped the Sierras and the history of its exploration, going back to the indigenous peoples who made it home and whose traces can still be found today. He celebrates the people whose ideas and actions protected the High Sierra for future generations. He describes uniquely beautiful hikes and the trails to be avoided. Robinson’s own life-altering events, defining relationships, and unforgettable adventures form the narrative’s spine. And he illuminates the human communion with the wild and with the sublime, including the personal growth that only seems to come from time spent outdoors.The High Sierra is a gorgeous, absorbing immersion in a place, born out of a desire to understand and share one of the greatest rapture-inducing experiences our planet offers. Packed with maps, gear advice, more than 100 breathtaking photos, and much more, it will inspire veteran hikers, casual walkers, and travel readers to prepare for a magnificent adventure.