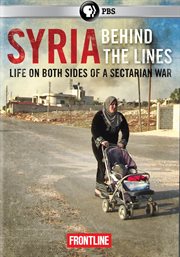 Syria behind the lines

In the rural heartland of Syria's countryside, the bloody uprising against President Bashar Al Assad has taken a terrifying turn. In this highly charged documentary, award-winning filmmaker Olly Lambert lives on both sides of Syria's sectarian frontline, witnessing the devastating effect of a religious feud that, regardless of the outcome of the war, is shaping Syria's future. For generations, the many religions that live in Syria's Orontes River Valley have lived together pe...acefully. But as the conflict spirals into a contagious and sectarian blood feud, friends and neighbors of different faiths are taking up arms against each other, as Syrian society begins to collapse. And as each side seeks more and more revenge, shells, mortars, and air attacks only escalate the hatred and violence on both sides.