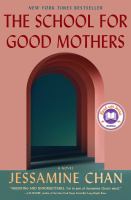 The school for good mothers A novel

"Set in near-future America, The School for Good Mothers introduces readers to a government-run reform program where bad mothers are retrained using robot doll children with artificial intelligence. Protagonist Frida Liu, a 39-year-old Chinese-American single mother in Philadelphia, loses custody of her 18-month-old daughter, Harriet, after she leaves Harriet home alone for two hours on one very bad day. To regain custody, Frida must spend a year at a newly-created institution, where she pr...actices parenting with bad mothers from all over the county. There, she learns to love an uncannily life-like toddler girl doll in order to demonstrate her maternal instincts and prove to her family court judge that she deserves a second chance. Frida is an outsider in every way: better educated, more affluent, and the only Asian. The mothers, whose transgressions range from benign to horrific, are under constant surveillance. If they don't pass all the school's tests, their parental rights will be terminated. Inspired by dystopian classics such as 1984, Never Let Me Go, and The Handmaid's Tale, the novel eviscerates the dominant American parenting culture, while highlighting the tragedy of state-sponsored family separation. Is there one right way to mother? Can a bad mother ever be redeemed? With warmth, heart, and dark humor, the novel tells a timeless story of a mother fighting to win back her child, and her struggle to hold onto her integrity while being indoctrinated"--