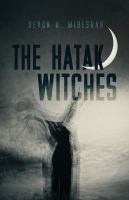 "After a security guard is found dead and another wounded at the Children's Museum of Science and History in Norman, Oklahoma, Choctaw detective Monique Blue Hawk and her partner Chris Pierson are summoned to investigate. The detectives are baffled at the lack of fingerprints, footprints, or any obvious means to enter the locked building. The only initial clues are owl feathers found scattered in the basement. While perusing old archival records, Monique discovers that the motive for t...he crimes was to steal an ancient and deformed half-human, half-bird skeleton from the seldom-used and neglected physical anthropology archives known as the 'Room of Secrets.' She consults with her uncle, the spiritual leader Leroy Bear Red Ears, who concludes that the stolen remains are those of Hatak haksi, a witch and the matriarch of the Crow family, a group of centuries-old Choctaws who can shift into ishkitini-great horned owls. The witch's pelvis was left behind, however, because it did not fit through the air duct the owls used to escape the museum. Monique, Leroy, and Chris, along with her cousins Dustin and Andrew, plan to confront the Crows. The problem is that the Crows inhabit the Choctaws' mythological underground tunnel, the dark passage the tribe traveled after their creation eons ago. One of the cave's entrances is located on Chalakwa Ranch, a property owned by Monique's cousin Andrew. It is a treacherous place for the group to challenge the Crow family, but aided by Leroy's wisdom, the witch's missing pelvis, and the unexpected appearance of the Old Ones who guard the lands of Choctaw afterlife, Monique and her colleagues manage to defeat the Crows"--Provided by publisher.