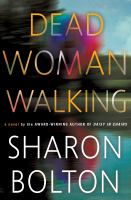 Just before dawn in the hills near the Scottish border, a man murders a young woman. At the same time, a hot-air balloon crashes out of the sky. There's just one survivor. She's seen the killer's face - but he's also seen hers. And he won't rest until he's eliminated the only witness to his crime. Alone, scared, trusting no one, she's running to where she feels safe - but it could be the most dangerous place of all--

While floating above Northumberland National Park in a hot-air balloon, sisters Jessica and Isabelle Lane spot a woman fleeing from the ruins of a medieval home. As they watch, a man chases the woman down, eventually subduing her with blow to the head. Realizing that the floating tourists are filming the attack, the man fires at the balloon, causing a crash that only Jessica survives. She hides in a tree, barely conscious, as their attacker hunts for surviving witnesses. But Jessica refuses to become another victim and evades the killer, who remains on her trail. Determined to destroy her sister's murderer, Jessica turns the hunt on its end, relying on both her training as an undercover cop and the nuns from her sister's convent to lure the killer into a trap. Although the final twist feels a bit convenient, the Reacher-like thrills leading there generate adrenaline-fueled pleasure. Bolton, who also writes as S. J. Bolton, delivers another strong, resourceful female character in Jessica Lane. Copyright 2017 Booklist Reviews.

Bolton's (Little Black Lies) latest stand-alone hits the ground running—so to speak—with a terrifying hot-air balloon crash. The passengers witness a murder from the air, and the perpetrator stalks the balloon from a motorbike; eventually, all but one of the passengers are dead. The survivor manages to evade the killer, but he knows she's alive and sets out to find her. Interwoven with the tense hunt are numerous other threads: a family that runs a human trafficking ring from their heavily fortified compound; the police officer investigating the balloon crash, who has his own complicated connections to the case; and the backstory of the surviving woman and her late sister. The pace is propulsive, the plotting is twisty, and readers will tear through the book as the tension ratchets up. That said, some readers may find that the reveal in the final pages defies credibility and wraps things up a bit too neatly. VERDICT This will be the book of the fall for Bolton's fans and anyone who treasures the experience of staying up late reading just to find out what happens next. [See Prepub Alert, 3/23/17.]—Stephanie Klose, Library Journal Copyright 2017 Library Journal.

Jessica Lane, the heroine of this hit-or-miss thriller from Mary Higgins Clark Award–winner Bolton (Daisy in Chains), plans a birthday surprise for her sister, a Carmelite nun—a balloon ride over England's Northumberland National Park. But as the balloon floats over a dilapidated farm house, Jessica and the other passengers see a man, later identified as Patrick Faa, beating a woman to death. Faa fires a rifle at the balloon, causing it to crash; Jessica is the only survivor. Bolton shifts—sometimes smoothly but too often in the middle of a scene—among the police investigation, led by Supt. Ajax Maldonado; Jessica's attempt to evade Faa; the prior, sometimes prickly, relationship between the sisters; and a larger, somewhat more far-fetched story involving human trafficking and a massive cover-up. Maldonado and his team soon discover Jessica is a fellow police officer, but they're stumped as to why she's now on the run, a question the reader shares for too long. Despite some emotional resonance, Bolton's plot is too cluttered for any real impact. Agent: Anne-Marie Doulton, Ampersand Agency (U.K.). (Sept.) Copyright 2017 Publisher Weekly.

When she witnesses a murder from a hot air balloon before it crashes, leaving her the sole survivor, Jessica Lane discovers she does not know who she can trust when the killer comes after her.

A standalone thriller by the award-winning author of the Lacey Flint series follows the experiences of a survival of a hot-air balloon crash who discovers she does not know who she can trust after witnessing a murder.

In Dead Woman Walking, from master of suspense Sharon Bolton, the sole survivor of a hot-air balloon crash witnesses a murder as the balloon is falling.Just before dawn in the hills near the Scottish border, a man murders a young woman. At the same time, a hot-air balloon crashes out of the sky. There’s just one survivor. She’s seen the killer’s face – but he’s also seen hers. And he won’t rest until he’s eliminated the only witness to his crime. Alone, scared, trusting no one, she’s running to where she feels safe – but it could be the most dangerous place of all...