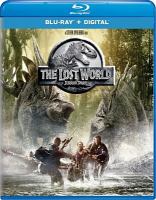 Four years after the disaster at Jurassic Park, dinosaurs have secretly survived on a nearby island and roam free but now there is a more ominous threat-- a plan to capture and bring the dinosaurs to the mainland. John Hammond sees a chance to redeem himself for his past mistakes and sends an expedition to reach the island before the mercenary team gets there. The two groups confront each other in the face of extreme danger and must team up for their own survival in a race against time.