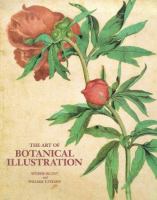 The art of botanical illustration

First published in 1950, this still useful survey of plant illustration covers five centuries of European production, with a nod in one chapter to Asia and forays into the Americas.  The plants depicted came from all over the world, but most of the images belong squarely within the history of Northern European art—with the Netherlands, France, and Britain receiving the lion's share of attention.  The book's epigraph, a quotation from John Ruskin, remains instructive, though it perhaps can be understood slightly differently in the present global era: "If you can paint one leaf you can paint the world."  Having been through multiple impressions, a significantly revised edition in 1994, and a Japanese translation in 1986, the book remains helpful, introducing illustrators such as Leonhart Fuchs, Georg Dionysius Ehret, Maria Sibylla Merian, Pierre-Joseph Redouté, Francis and Ferdinand Bauer, Robert John Thornton, and Walter Fitch.  The present edition, however, offers few additions to the 1994 publication, which institutions with concentrated holdings in botany and natural history likely already possess.  Any such collection missing this standard work would do well to acquire a copy now.  The new edition is, for most libraries, optional. Summing Up: Recommended. General readers, undergraduate students, graduate students. --C. A. Hanson, Calvin College Craig A. Hanson Calvin College http://dx.doi.org/10.5860/CHOICE.194070 Copyright 2014 American Library Association.

A delight for flower lovers, art lovers and specialists, this beautifully illustrated survey of botanical illustration, primarily of flowers, includes twice as many color plates as the long out-of-print 1950 edition. Beginning with a look at the depiction of plants in antiquity, medieval herbals and flower studies by Leonardo da Vinci and Albrecht Durer, the text demonstrates how both scientific botany and floriculture caused the art and craft of botanical illustration to blossom in England, France, Germany and Holland. A prime example is English artist Robert Thornton's engravings for his magnificent folio volume The Temple of Flora (1799-1807), which brought him immortality and financial ruin. This revised edition includes greatly expanded coverage of 20th-century works from South Africa, Australia and Britain. Stearn is a botanist formerly with the British Museum; the late Blunt was a curator and artist. (June) Copyright 1994 Cahners Business Information.

The original was published in 1950 by Collins, London; this beautiful volume comprises a reprint of the substantially revised and enlarged 1994 edition published by the Antique Collectors Club Ltd, Woodbridge, Suffolk. Offering a thorough, critical, and finely-illustrated survey of botanical art over a period of 3,000 years, this edition includes Professor Stearn's updated coverage of the 20th century and some 126 colored plates, many replacing those in the original edition. Annotation c. Book News, Inc., Portland, OR (booknews.com)

Revised and enlarged by Professor W.T. Stearn this major work first published in 1950 is still considered the classic book on the subject. It provides a survey of the development of botanical illustration from palaeolithic times to the highly scietific works of today.