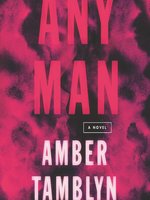 Any Man A Novel

In this electric and provocative debut novel, Tamblyn blends genres of poetry, prose, and elements of suspense to give shape to the shocking narratives of victims of sexual violence, mapping the destructive ways in which our society perpetuates rape culture, brilliantly brought to life through a multi-voice performance featuring Glenn Davis, Ben Foster, Marc Maron, Jason Ritter, John Roberts, Russ Tamblyn, Amber Tamblyn, January Lavoy, Phoebe Strole, Robin Miles, Thérèse Plummer, Dan Bittner, ...James Fouhey, and Michael Crouch. A violent serial rapist is on the loose, who goes by the name Maude. She hunts for men at bars, online, at home— the place doesn't matter, neither does the man. Her victims then must live the aftermath of their assault in the form of doubt from the police, feelings of shame alienation from their friends and family and the haunting of a horrible woman who becomes the phantom on which society projects its greatest fears, fascinations and...