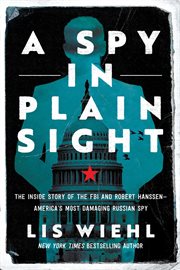 A legal analyst for NPR, NBC, and CNN, delves into the facts surrounding what has been called the "worst intelligence disaster in U.S. history": the case of Robert Hanssen-a Russian spy who was embedded in the FBI for two decades. As a federal prosecutor and the daughter of an FBI agent, Wiehl has an inside perspective. She brings her experience and the ingrained lessons of her upraising to bear on her remarkable exploration of the case, interviewing numerous FBI and CIA agents both pa...st and present as well as the individuals closest to Hanssen. She speaks with his brother-in-law, his oldest and best friend, and even his psychiatrist. In all her conversations, Wiehl is trying to figure out how he did it-and at what cost. But she also pursues questions urgently relevant to our national security today. Could there be another spy in the system? Could the presence of a spy be an even greater threat now than ever before, with the greater prominence cyber security has taken in recent years? Wiehl explores the mechanisms and politics of our national security apparatus and how they make us vulnerable to precisely this kind of threat. Wiehl grew up among the same people with whom Hanssen ingratiated himself, and she has spent her career trying to find the truth within fractious legal and political conflicts. A Spy in Plain Sight reflects on the deeply sown divisions and paranoias of our present day and provides an unparalleled view into the functioning of the FBI, and will stand alongside pillars of the genre like Killers of the Flower Moon, The Spy and the Traitor, and No Place to Hide.