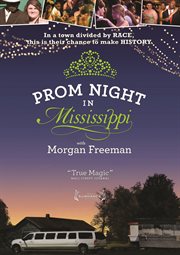 In 1997, Academy Award-winning actor Morgan Freeman offered to pay for an integrated prom in his hometown of Charleston, Mississippi where proms were still separated by race. The school board refused. Eleven years later in 2008, Freeman offered again, and his offer was accepted. This documentary follows multiple individuals throughout the process of throwing an integrated prom, including Jessica, whose parents are against the integration; Chasidy, whose mother supports the integration; and Billy... Joe, who fears that his parents will disown him if they were to ever become aware of his true thoughts and feelings. As all of the eager students get ready for the prom, this documentary follows them throughout the process as well as through prom night.