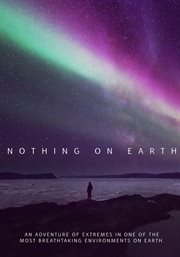 As a landscape photographer, Murray Fredericks is accustomed to isolated and extreme locations, but when he relocates his work from South Australia to the frozen tundra of the Greenland ice cap, he finds himself on the verge of failure for the first time in his celebrated career. Two wandering polar bears and severe katabatic winds require Fredericks to break with his normal self-reliant traditions, and he enlists support from expeditioners, scientists, and local Inuit guides so that he can cont...inue to bear witness to the disappearing barren landscape that he has come to feel a deepening affection for. A simple and contemporary human story told alongside the ancient tale of the landscape itself, Nothing on Earth uses the eyes of an artist to give life to this incredible place at a point in time where our past is fast catching up to our future as the Greenland ice cap melts into the sea.