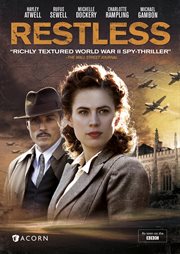 Based on the bestselling spy novel by William Boyd and boasting a "fabulous British cast" (Los Angeles Times), this Emmy®-nominated BBC drama is a tale of passion, duplicity, and betrayal. Ruth Gilmartin (Michelle Dockery, Downton Abbey) is stunned to learn that her mother, Sally (Charlotte Rampling, Broadchurch), has been living a double life. Her real name is Eva Delectorskaya (Hayley Atwell, Captain America: The First Avenger), she worked as a spy for the British Secret Service in ...the 1940s, and now someone is stalking her.