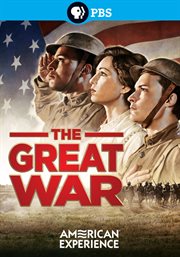 The Great War tells the rich and complex story of World War I through the voices of nurses, journalists, aviators, and the American troops who came to be known as "doughboys." The series explores the experiences of African-American and Latino soldiers, suffragists, Native American "code talkers," and others whose participation in the war to "make the world safe for democracy" has been largely forgotten. The Great War explores how a brilliant PR man bolstered support... for the war; how President Woodrow Wilson steered the nation through years of neutrality, only to reluctantly lead America into the bloodiest conflict the world had ever seen, transforming the United States into a dominant player on the international stage; and how the ardent patriotism and determination to support America's crusade for liberty abroad led to one of the most oppressive crackdowns on civil liberties at home in U.S. history. It is a story of heroism and sacrifice that would ultimately claim 15 million lives and profoundly change the world forever.