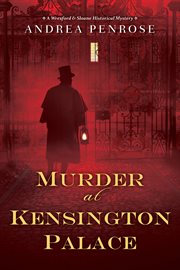 Wrexford and Sloane must unravel secrets within secrets-including a few that entangle their own hearts-when they reunite to solve a string of shocking murders that have horrified Regency London . . . Though Charlotte Sloane's secret identity as the controversial satirical cartoonist A.J. Quill is safe with the Earl of Wrexford, she's ill prepared for the rippling effects sharing the truth about her background has cast over their relationship. She thought a bit of space might improve t...he situation. But when her cousin is murdered and his twin brother is accused of the gruesome crime, Charlotte immediately turns to Wrexford for help in proving the young man's innocence. Though she finds the brooding scientist just as enigmatic and intense as ever, their partnership is now marked by an unfamiliar tension that seems to complicate every encounter. Despite this newfound complexity, Wrexford and Charlotte are determined to track down the real killer. Their investigation leads them on a dangerous chase through Mayfair's glittering ballrooms and opulent drawing rooms, where gossip and rumors swirl to confuse the facts. Was her cousin murdered over a romantic rivalry . . . or staggering gambling debts? Or could the motive be far darker and involve the clandestine scientific society that claimed both brothers as members? The more Charlotte and Wrexford try to unknot the truth, the more tangled it becomes. But they must solve the case soon, before the killer's madness seizes another victim . . .