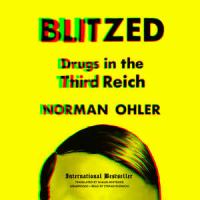 A fast-paced, highly original history that uncovers the full extent of drug use in Nazi Germany--from Hitler's all-consuming reliance on a slew of substances to drugs that permeated the regime and played an integral role in Germany's military performance and downfall in World War II.